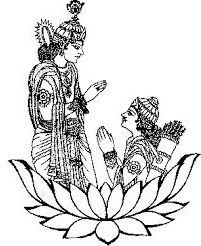 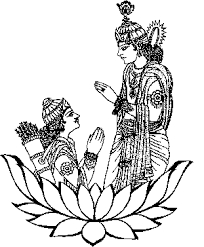 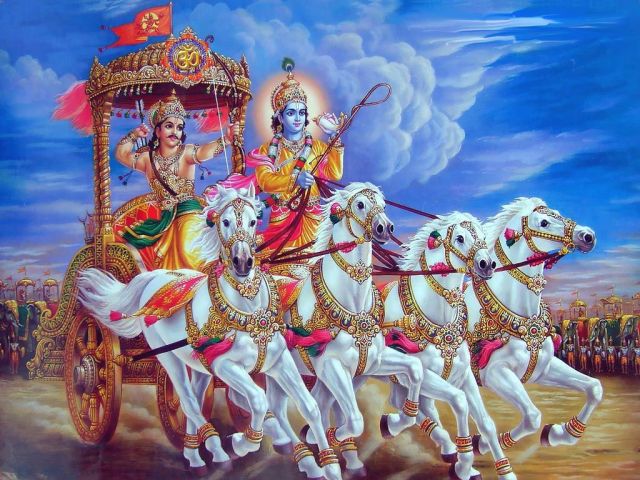 While typically circulating as a separate text, The Harivamsha forms the final part of the Mahabharata storyline. Beyond this, it is rich storehouse of cosmological, genealogical, theological materials, detailing the biography of Krishna (avatar of the Hindu great god Vishnu), along with much more mythic material.

The book examines the complex and enigmatic Vyāsa, both the primary creative poet of the Sanskrit epic Mahābhārata and a key character in the very epic he composes. In doing so the author focuses on what he considers the late Bronze Age portions of the epic feature prioritizing the concerns if the warrior class. The discussion distinguishes between plot and story and how this distinction comes to bear on the differences between preliterate and literate phases of the epic’s compositional history.

In Dialogue with the Mahabharata

This book offers the first extensive study of the dialogue form in the Mahābhārata. Despite its importance, the variety of uses and implications of dialogue in the Mahābhārata remain relatively unexplored, which leaves a significant gap in the understanding of this key work of Indian literature. Dialogue is a recurring and significant feature of Indian religious and philosophical literature generally, but nowhere is it explored more elaborately and more profoundly than in the Mahābhārata. This book therefore, examines the details of some of the central dialogical encounters in the text, including, structural features; intra-textual relationships with other dialogues; implicit methods of reasoning; and potential avenues for a meaningful engagement with interlocutors beyond the text. This attention to the dialogue form not only brings out otherwise unexplored aspects of the text's teachings, but also highlights aspects of the Mahābhārata that will have particular relevance to modern readers. This is a fresh perspective on the Mahābhārata that will be of great interest to any scholar working in Religious Studies, Indian/South Asian religions, Comparative Philosophy, and World Literature.

Dispute over land and kingdom may lie at the heart of this story of war between cousins the Pandavas and the Kouravas but the Mahabharata is about conflicts of dharma. These conflicts are immense and various, singular and commonplace. Throughout the epic, characters face them with no clear indications of what is right and what is wrong; there are no absolute answers. Thus every possible human emotion features in the Mahabharata, the reason the epic continues to hold sway over our imagination.

This book is an introduction to the spectacular and long-lived diversity of Mahābhārata literature in South Asia. This diversity begins with the Sanskrit Mahābhārata, an early epic poem that narrates the events of a catastrophic fratricidal war. Along the way, it draws in nearly everything else in Hindu mythology, philosophy, and story literature. The magnitude of its scope and the relentless complexity of its worldview primed the Mahābhārata for uncountable tellings in South Asia and beyond. For two thousand years, the instinctive approach to the Mahābhārata has been not to consume it but to create it anew. Because of its historical and linguistic breadth, its commitment to primary sources, and its exploration of multiplicity and diversity as essential features of the Mahābhārata’s long life in South Asia, the book constitutes a major contribution to the study of South Asian literature and offers a landmark view of the field of Mahābhārata studies.

Arti Dhand on the Mahabharata

What does the Mahābhārata - a gargantuan epic tale from ancient India - have to teach about life wisdom? Learn three core themes of the ancient Sanskrit epic - along with a story of one of its most compelling female characters - from Dr. Arti Dhand, Associate Professor at the University of Toronto and host of The Mahabharata Podcast.

Feminine Journeys of the Mahabharata

The Mahabharata preserves powerful journeys of women recognized as the feminine divine and the feminine heroic in the larger culture of India. Each journey upholds the unique aspects of women's life. This book analytically examines the narratives of eleven women from the Mahabharata in the historical context as well as in association with religious and cultural practices. Vemsani brings together history, myth, religion, and practice to arrive at a comprehensive understanding of the history of Hindu women, as well as their significance within religious Indian culture. Additionally, Vemsani provides important perspective for understanding the enduring legacy of these women in popular culture and modern society.

Kunti, a rare matriarch in the Mahabharata and one of the revered Pancha Satis, holds an unforgettable position in the Indian literary imagination. Yet, little is known about the fateful events that shaped her early life. Taking on the intricate task, Koral Dasgupta unravels the lesser-known strands of Kunti’s story: through a childhood of scholarly pursuits to unwanted motherhood at adolescence, a detached marriage and her ambitious love for the king of the devas. After the remarkable success of Ahalya, the first book in the Sati series, Kunti: this book presents a brilliant and tender retelling of a story at the heart of our culture and mythology. In the Sati series, Koral Dasgupta explores the lives of the Pancha Kanyas from Indian mythology and reinvents them in the modern context with a feminist consciousness.