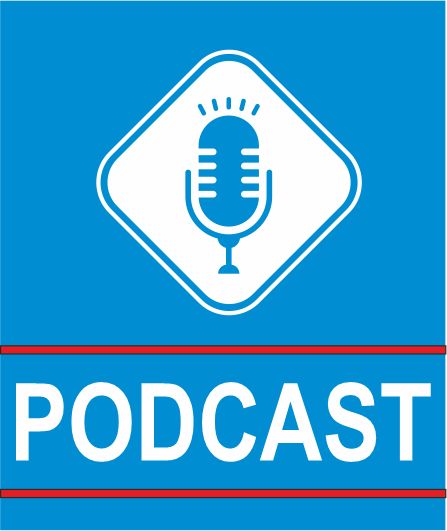 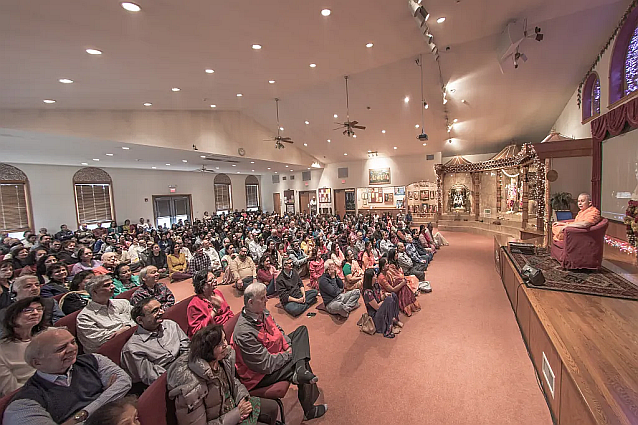 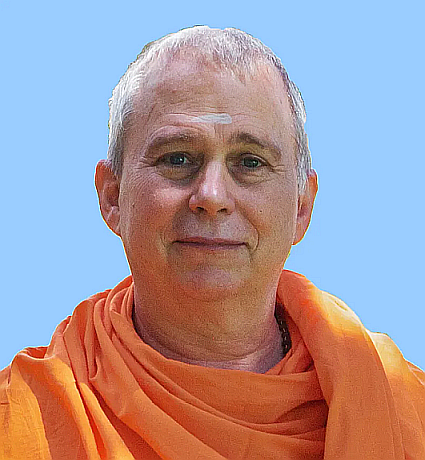 Swami Tadatmananda is the founder and resident teacher of Arsha Bodha Center. From 1981 onwards, he studied in the U.S. and India under Pujya Swami Dayananda. He attended a three-year residential course in Vedanta and Sanskrit taught by Pujya Swamiji at Arsha Vidya Gurukulam (Saylorsburg) in 1987-1989 and later served as the Gurukulam’s manager. After Pujya Swamiji initiated him into sannyasa in 1993, he taught at the Gurukulam and around the country until establishing his ashram, Arsha Bodha Center, in 2000.

Swami Tadatmananda is a scholar of Sanskrit and former computer engineer. His background allows him to draw upon contemporary scientific and psychological insights while unfolding sacred Sanskrit scriptures. He thus endows the spiritual teachings of ancient India with great relevance and clarity. He has authored several books and CDs including “Roar of
the Ganges” and “Meditation: A Journey of Discovery.”

His teachings are full of warmth and humor; his style is informal and personal. He relates easily to all, including teenagers and children who love to sing bhajans to his guitar accompaniment.

Vasanthi
Vasanthi began her study of Vedanta in 1988 under Swami Paramarthananda, a senior disciple of Pujya Swami Dayananda Saraswati, in Chennai. After moving to the U.S. she continued to study Vedanta and Sanskrit with Swami Tadatmananda at Arsha Bodha Center in New Jersey.

As Swami Tadatmananda’s assistant, Vasanthi manages all of the ashram’s activities. She is Program Director of the ashram’s Jana Raksha Community Care Program, offers support for caregivers of Dementia & Parkinson’s patients and oversees the Dayananda Anugraha Fund. She conducts Mindful Awareness Meditation classes, teaches Sanskrit, chanting and helps run religion classes for children and teens. Trained as a scientist by profession, Vasanthi is a faculty member at Rutgers University. 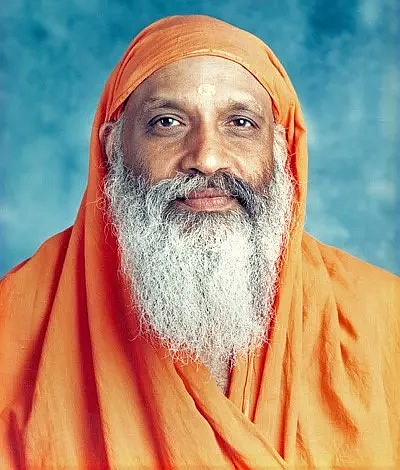 Pujya Swamiji taught Vedanta in India for more than five decades, and around the world since 1976. He spoke at prestigious American universities and addressed international conventions, UNESCO, and the United Nations, where he participated in the Millennium Peace Summit. He founded the All India Movement (AIM) for Seva which brings assistance to villagers in remote areas of India. He also instituted the Acarya Sabha, uniting India’s spiritual leaders in a single body.

Pujya Swami Dayananda trained many future teachers by conducting residential, three-year courses in Vedanta and Sanskrit. Five were conducted in India and two in the United States. Each course graduated about 60 qualified teachers, many of whom are now active around the world. More than two hundred of them have been initiated as swamis and swaminis.

Pujya Swamiji is the author of dozens of books, including the highly-regarded Bhagavad Gita Home Study Program. Under his guidance, numerous centers for Vedantic teaching have been founded around the world, including: